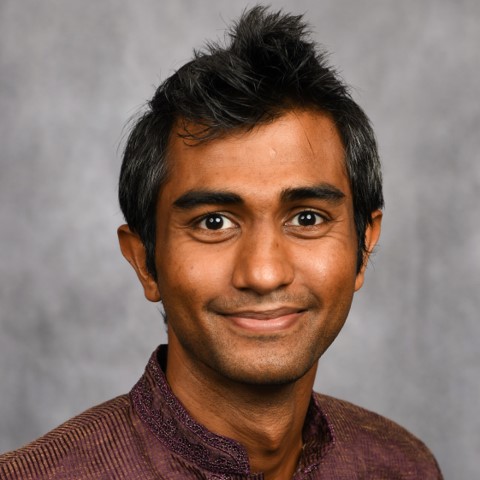 Drought-induced tree mortality events are expected to increase in frequency under climate change. However, monitoring and modeling of tree mortality is limited by the high spatial variability in vegetation response to climatic drought stress and lack of physiologically meaningful stress variables that can be monitored at large scales.

In this study, we test the hypothesis that relative water content (RWC) estimated by passive microwave remote sensing through vegetation optical depth can be used as an empirical indicator of tree mortality that both integrates variations in plant drought stress and is accessible across large areas. The hypothesis was tested in a recent severe drought in California, USA. The RWC showed a stronger threshold relationship with mortality than climatic water deficit (CWD) – a commonly used mortality indicator – although both relationships were noisy due to the coarse spatial resolution of the data (0.25° or approximately 25 km). In addition, the threshold for RWC was more uniform than that for CWD when compared between Northern and Southern regions of California.

A random forests regression (machine learning) with 32 variables describing topography, climate, and vegetation characteristics predicted forest mortality extent i.e. fractional area of mortality (FAM) with satisfactory accuracy-coefficient of determination R2 = 0.66, root mean square error = 0.023. Importantly, RWC was more than twice as important as any other variable in the model in estimating mortality, confirming its strong link to mortality rates. Moreover, RWC showed a moderate ability to aid in forecasting mortality, with a relative importance of RWC measured one year in advance of mortality similar to that of other relevant explanatory variables measured in the mortality year. The results of this study present a promising new approach to estimate drought stress of forests linked to mortality risk. 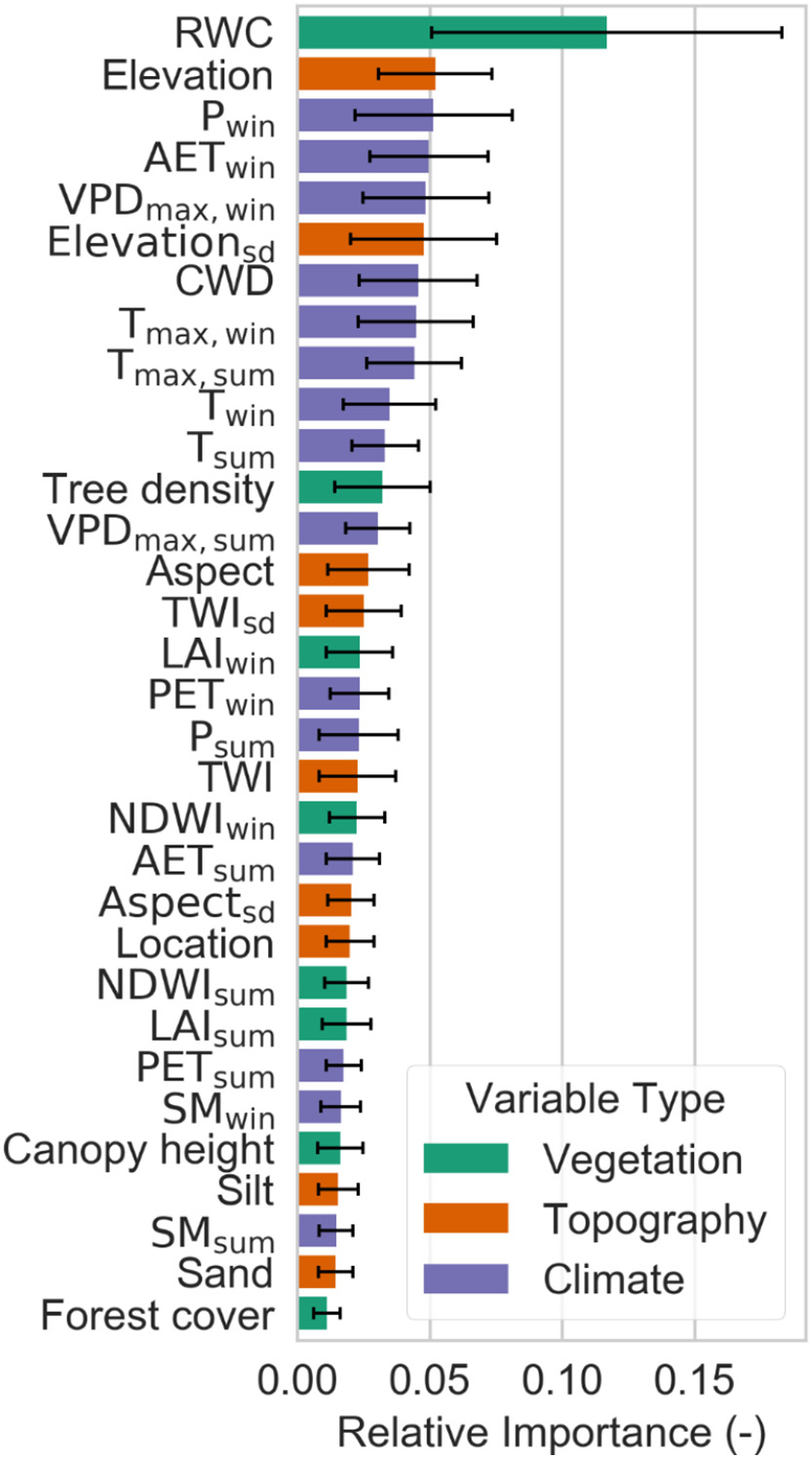 Random forest analysis output showing that RWC estimate developed in this study is more than twice as important as any other variable in predicting drought-driven tree mortality.